Florida Senator Ray Rodrigues on the Silencing of Conservative Students

Florida State Senator Rodrigues is speaking out about alumni from various universities and how they expressed the fact that “their children were not getting a diversified education and were being indoctrinated with just one political viewpoint.” Surveys were conducted to see if this was an issue in this particular case, and it came back that the one-sided education the students at this particular university were receiving was, in fact, one-sided. To my fellow college conservatives, do you doubt this is an issue at your university? I will guess the answer is no for many of us.

The senator spoke about this issue at a Colorado university with UnBossed Reporting, saying, “each year the University of Colorado brings in one of the leading conservative intellectuals and has them do a course in the Fall and a course in the Spring concerning conservative ideology.” He expressed his feelings of surprise about how those are some of the fastest filling courses at the University of Colorado. He continued on, “this proves that there is a desire among our young people to see or hear both point points of view and what happened in Colorado demonstrates this point.”

The Senator also spoke about the emergence of the “cancel culture” in the more recent years, as many voices, overwhelmingly conservative ones, have been silenced by others and in many cases self-silenced on higher education campuses. A survey had been done by Foundation for Individual Rights in Education in 2018 found that a significant portion of students who identify as conservatives—greater than 70%–have self-censored themselves because of fear of how their ideology had been received. This could not be truer. In my last article, I spoke about how some of my conservative friends had silenced themselves in our FGCU Student Government proceedings for this exact purpose.

Since posting my report, I have received many messages about it. My fellow senators read my article, shared it with one another, and have tried to silence me. I had some friends tell me to take the article down and delete the post in fear that I may be kicked out of my university. Others, particularly leftists, have come after me on Twitter. Just read some of the responses in this thread.

I welcome the political debate anytime as long as it is civil and intelligent. Nonetheless, people have attempted to silence me as of late and I am here to say they have failed. As I have previously expressed, I would encourage anyone with a strong belief or opinion on a matter to fight for their voice. If you do not fight for your voice, why would you expect anyone else to do so?

For further investigation into the matter of conservative voices being silenced on college campuses, Senator Rodrigues filed a bill that would have students “do a survey, where the only criteria of this survey would be to be objective, nonpartisan, and statistically valid to find out if we have an intellectual freedom and diversity here on college campuses in Florida.” This would occur annually and be published by September 1st of each year.

I believe that a bill being passed such as this one would be hugely beneficial and would be the first step towards a truly balanced education in our Florida colleges. It has become obvious that we cannot have a partisan education. So, in that case, it appears the only solution is to have a balanced one. This would mean educating, or simply offering the education, students with all political viewpoints, not just one.

As someone who is directly impacted by this feeling of one-sidedness, I look forward to the measures that are going to be put in place to ensure that education comes from a balance, as nonpartisan point-of-view as possible. I am proud to say and happy to know that many of our Florida representatives are listening to and hearing the silent voices that are often times too scared to speak up on college campuses.

Florida’s Voice is a patriotic news network that you can trust to deliver the truth with no hidden agenda. Founder and Editor in Chief Brendon Leslie left his job in mainstream news to practice journalism as it should be, unbiased and unbossed.

Nikki Fried Demands “State of Emergency” Over High Prices, DeSantis’ Office Claps Back: ‘We Are Not a Communist Country’ 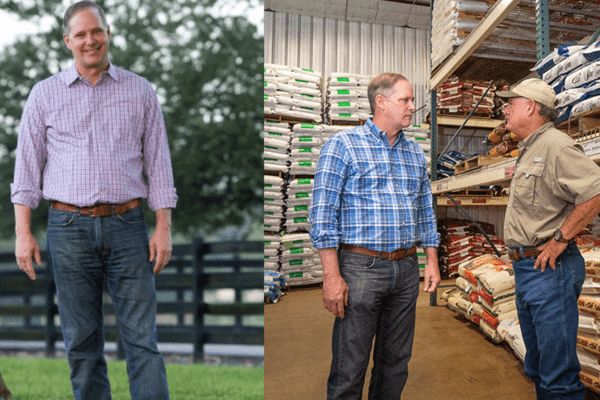